Gang violence “remained the major threat to public security in Haiti . . . Turf battles between gangs have displaced tens of thousands of people in Port-au-Prince, with most of the affected living in spontaneous i 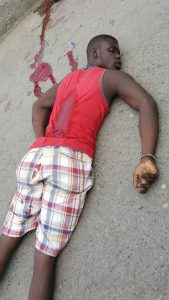 nternally displaced persons sites. These, too, have become hotspots for violent crime, further challenging the capacity of the already overstretched national police . . .

“The number of reported homicides for 2022 increased by 35.2 per cent compared with 2021, with 2,183 victims reported during the year (including 163 women and 22 girls), compared with 1,615 (including 93 women and 19 girls) in 2021. Of the homicides, 81.6 per cent were recorded in the West Department, where gang-related crime is most prevalent. Among those killed were the former presidential candidate Eric Jean Baptiste, on 28 October . . . Despite their determined efforts to curb crime and fight gangs, the overstretched, understaffed and under-resourced police force has not been able, on its own, to deter the alarming rise in gang violence . . .

“Although the Varreux fuel terminal is now partially operational, the National Port Authority and other commercial ports remain under constant attack by gangs. Road transportation remains at risk, with cargo

shipping containers and goods being regularly hijacked and stolen. Police continued to struggle to maintain patrols around the ports, while gangs retained control of most of the main transport thoroughfares linking Port-au-Prince with the northern and southern departments . . .

“Police strength continued to shrink, with high rates of attrition due to deaths, dismissals and resignations. As of 31 December, the Haitian National Police comprised 14,861 officers, including 1,740 women (11.7 per cent). Owing to high rates of desertion, temporary suspensions pending administrative 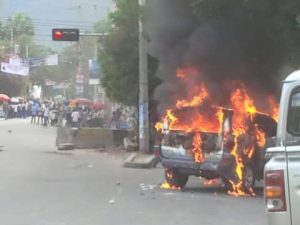 investigations, and other absences operational strength is closer to that of 13,500 personnel, with some 9,700 available to perform as active-duty officers. There are also allegations that a significant number of national police personnel may be associated with gangs in the capital.

“Precarious conditions in prisons . . . Food shortages had a direct bearing on detainees’ health; most recent cases of death in the prison system have been directly connected to malnutrition. The year 2022 was marked by an increase in the number of deaths to 185, compared with 147 in 2021. The concerning situation was further exacerbated by the cholera outbreak, which was allegedly linked to 42 deaths among the prison population during the reporting period . . . 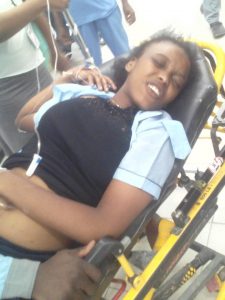 “On an almost daily basis, snipers armed with assault rifles indiscriminately shot at residents, including women and children, in the streets and in homes. In a strategy to tighten its grip on the capital, one alliance of gangs violently stormed the northern, eastern and southern areas held by its rivals. In Croix-des-Bouquets, between 10 and 21 October, at least 71 people were killed, and dozens of residences were looted and destroyed . . .

“Since the first reported case of cholera in 2022, on 2 October, the country has seen a rapid increase in suspected 23,044 as of January 2023) and confirmed cases (1,576 as of January 2023). The disease has also spread beyond the initial epicentre of Port-au Prince, with suspected cases reported in all 10 departments. Children represent a significant proportion of cases; as of 8 January, 40 per cent of suspected cases were among children under the age of 15.”