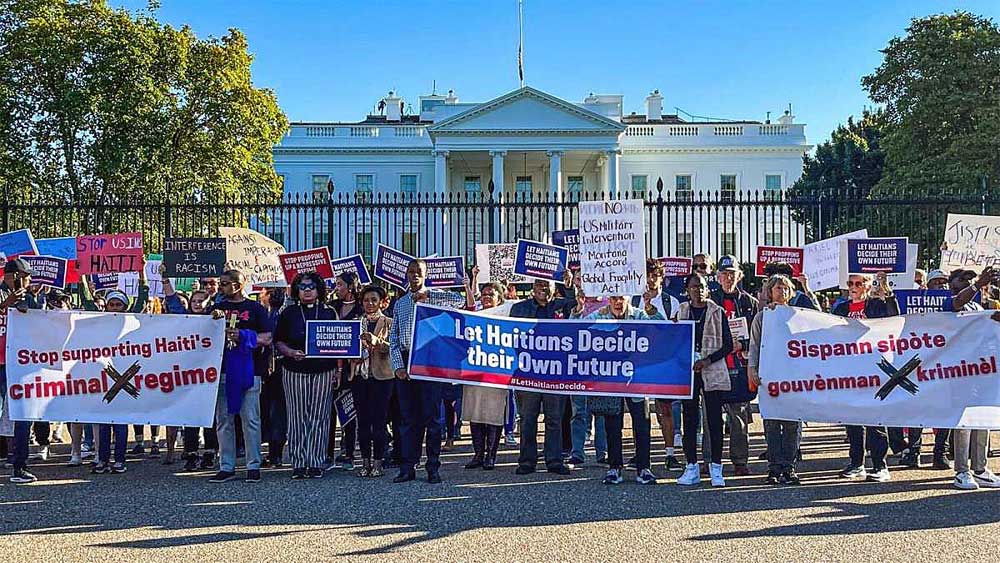 While in the center Haiti is to be left to decide for itself, further back is another sign decrying U.S. military intervention. This is surely right in most situations, but in Haiti the majority would now accept it as the only way out of a dire emergency (81 percent in a recent poll). The general predisposition of Haitians would be against foreign intervention. Everything else being equal, they would just as soon not have armed foreigners in the country. But in a question of life and death, and if convinced that the foreigners were there to help them, they would take it. During the thirteen-year stay of the U.N. mission, the rank-and-file attitude was indifference — neither overjoyed nor resentful. The heavily-armed U.N. soldiers driving around in trucks on the streets suggested overkill. Ninety-nine point nine percent of the time, those streets were peaceful. Only after their departure is it beginning to dawn on many Haitians that it was their presence that kept the streets that way.