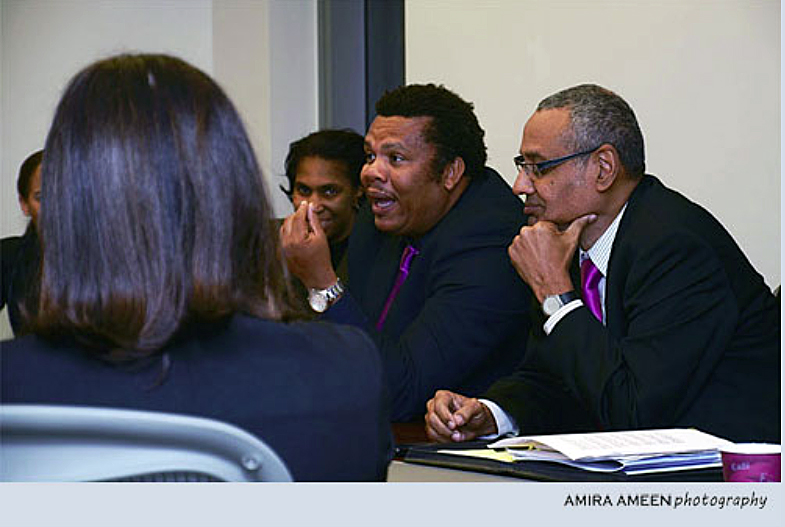 Roberson Alphonse speaks to U.S. policy-makers on the parlous conditions of business in Haiti during delegation visit in February 2015. He has been Executive Editor in Head of National News Desk at Le Nouvellliste since 2011. He’s also News Director of the Radio Station Magic 9 100.9 FM.
He studied and holds a degree from “Centre Haitien de Formation des Journalistes”
He presides at l’Association des Journalistes Haitiens  (AJH) the committee for continuous training
He has received the following honors:
Carlo Desinor Award for the best Journalist of the year (2009, Haiti)
Leadership Influence Award by the Association of Friends of Haiti (2010, New York)
He was on the panel at the UNESCO Conference on the “Reconstruction of the social fabric of Haiti (2010, Paris)