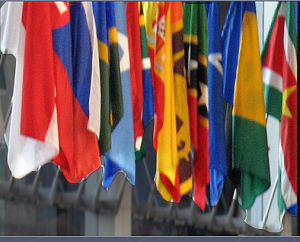 “There are many voices who disagree that the way to fully restore Haiti’s democracy is through free and fair elections, who assert Haiti needs a transitional government to put it back on the democratic path. This may be a tempting notion. But who would those people be? How would they be chosen? To which constituents would they be accountable? As an extraconstitutional governing body, which law would determine their mandate? Would a transitional government prevent further chaos? Would it restore timeliness to Haiti’s electoral calendar?

“We have seen this before, and learned there are no shortcuts when building a resilient and lasting democracy.”

Commentary by the Haiti Democracy Project

The assistant secretary makes strong points in calling for an election rather than the bricolage of unelected politicians that is a transition. The last transition threw into the dumpster a million valid presidential ballots of Haitian voters simply because some powerful politicians who lost the election anticipated Donald Trump in falsely claiming fraud.

But U.S. and international policy pulled support from the newly-inaugurated president Jovenel Moïse in 2017– something you can’t do in Haiti. As we wrote on April 19, 2017, “The U.N. mission should withdraw very gradually, because Haiti is approaching stability very gradually . . . The withdrawal is based on wishful thinking. The United Nations’ ounce of prevention has averted a ton of headaches.” And eighteen months later we were forced to write, “Since 2017, the United States and the international community have displayed a sense of historical amnesia, wantonly pulling the rug out from under the latest president, Jovenel Moïse . . . Together, these actors could not have done better if they had deliberately set out to destroy the edifice of electoral consolidation and slow economic development fostered by three U.S. presidents since 1994.”

The words of Assistant Secretary Chung are eloquent. But the introspection it would take to make U.S. policy successful again is totally missing. She seems to believe that sound advice is what Haiti needs. This totally overlooks the power struggle over the spoils of office that has raged over two hundred years of Haitian history, defining Haitian politics to this day. Previous U.S. presidents bit the bullet and did the hard things to strengthen the institutions — elected presidents restored and peacefully handing over in succession, international backing for the police. These American presidents knew that wishing would not make it true, that Haiti was a special case where traditional aid and diplomacy would not suffice.

In the present circumstance, the United States is correct in seeking to brush past the constitutional referendum and focus on elections held within the constitution. But we go into this election with less protective tools than ever. The U.N. mission, which has protected Haitian elections since 2005, is gone. The European Union’s superb electoral mission will probably not return. The quality of Haitian electoral commissions has been consistently declining since 2005, culminating in a group of unknowns nominated by different sectors but allegedly handpicked by President Moïse. The factions which overthrew the valid presidential election of October 2015 will be gunning for this election if the results once more go against them. They will employ everything from mobs or excessive poll watchers  introduced by candidates into the voting centers to deadly pressure on the electoral commission to produce the results they want. Another bulwark, that provided by Haitian electoral observation, also fell away in 2015 as leading Haitian observation groups falsified their reporting at the behest of the powerful, although losing, candidates. Observation by the OAS remains under a cloud after its cover-up of a vote heist at the Tabulation Center in 2010 had to be corrected by a U.S.-led Verification Commission. U.S. policy toward these elections is consistent with the essence of Assistant Secretary Chung’s statement, namely good intentions without any of the policy tools needed to bring about the results.

If we resolve to repair these mistakes, we will find certain assets that work in our favor. The electoral machinery helped along by foreign aid and advice for a quarter century, and coordinated by a computerized tabulation center set up by Jacques Bernard in 2005, is capable of delivering accurate results. The government, should Michel Martelly run for president again, would have less incentive to interfere with the results because he would probably win anyway — Haitian voters have consistently shown their preference to return presidents or those close to them to office, in order to foster institutional continuity. The ubiquitousness of cell-phone cameras makes possible an independent documentation of the elections at the polling-place level, photographing both the polling returns and the verbatim reports of accredited observers — should the minimal funding needed for this new form of observation be forthcoming. The push to elect more women (there were only four in the last legislature of 149) could bring candidates endowed with higher ethics and social consciousness.