The Center for Strategic and International Studies released a practical guide for Haiti on how to regain fiscal integrity. Collecting just a moderate tariff on the goods pouring across the border could go a long way toward balancing the budget. Click here to download this hard-hitting report. Here for the discussion of the report at the CSIS.

The report recognizes that collecting taxes would require facing down the powerful interests on both sides of the border who profit from the current situation. The authors, however, don’t flinch from their recommendation. Rep. Jeff Fortenberry  (R-Neb.) has already inserted a ninety-day reporting requirement in the foreign-appropriations bill on progress towards the recommendation. At the report’s release today at the CSIS, the leaders of the thinktank’s Americas Program pledged to follow up on implementation of the report. Mark L. Schneider, former director of the Peace Corps and former assistant administrator of the Agency for International Development, was a co-author along with main author Mary Speck. 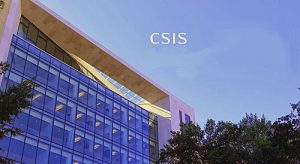 Applauding the report were Deputy Assistant Secretary of State Cynthia Kierscht, U.S. ambassador to Haiti Michele Jeanne Sison, and Steve Oliver, the acting assistant administrator of AID. The input of these high-level U.S. officials, as well as the Appropriations Committee’s legislation, shows that the United States takes seriously the opportunity presented by the report. The report was financed by AID. The U.S. government has set up a working group to further the report’s goals. 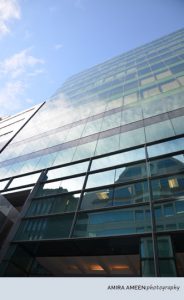 The Dominican government sent two high-ranking officials, Amb. Albert Despradel and Amb Hector Sucre Felix Carbuccia. They expressed themselves in general agreement with the report and pledged their support in reaching its goals.

Haiti was supposed to send both the prime minister and foreign minister, but neither came. It was represented by Nicolas Mayard Paul, first secretary at the Haitian embassy. However, it was leading members of the Haitian private sector who carried the load. Many of them were already familiar with Washington from their service on business delegations of the Haiti Democracy Project:

Also speaking up for Haiti were  Stefan Coles and Gabriel Verret,

While in Washington, Lionel Delatour and Georges Sassine were also striving to attain U.S. extension of the Caribbean Basin Initiative’s duty-free provisions for Haitian textile and other exports to the United States. These textiles comprise 90 percent of Haitian exports and are poised to hit the billion-dollar mark.

As discussions began from the floor, those with business experience floated the idea of a bilateral trade agreement between the Dominican Republic and Haiti to make progress on the issue in the event that the hard-hitting recommendations of the report would take time to implement. This was also the suggestion of a briefing paper provided to the Haiti Democracy Project by a board member with long experience on the subject, former senator Rudy Boulos.