The Bear Is Loose 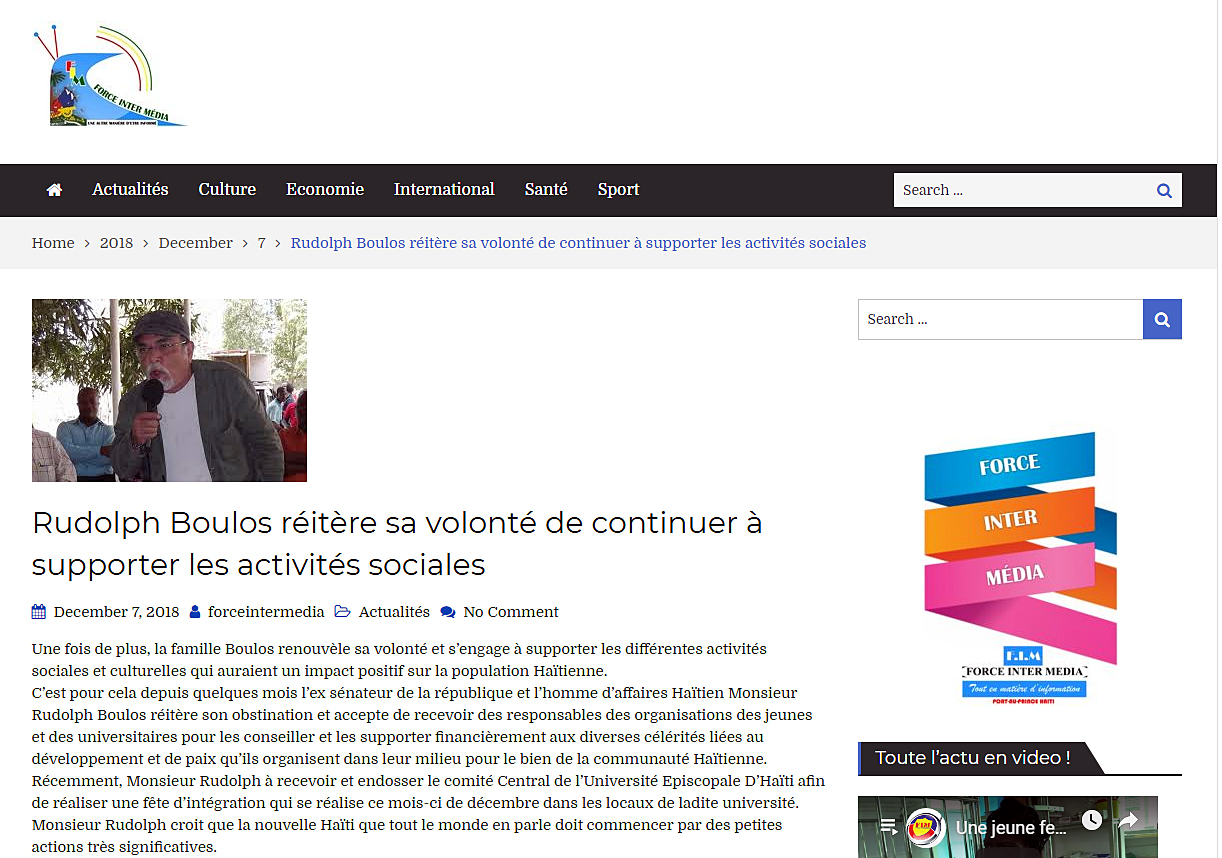 Our founding board member’s response to a decade of political persecution: Keep calm and carry on. Keep trying to assure a livelihood to each and every Haitian.

Rudy was victimized for the crime of attempting to modernize the Haitian political class, the clique that is ruling and ruining Haiti. For attempting that, they:

–Annulled his first-round victory in the 2006 senate race

–Expelled him from the senate in 2008

–Sent would-be assassins to the Dominican Republic in 2009

–Exhumed the long-ago settled Pharval case against him

As if that were not enough, the U.S. embassy piled on by denying him a visa for a year.

But, as Barack Obama liked to say when he slipped the bounds of  Secret Service protection, “the bear is loose.” Rudy is still promoting good causes and dreaming of Haiti’s future.