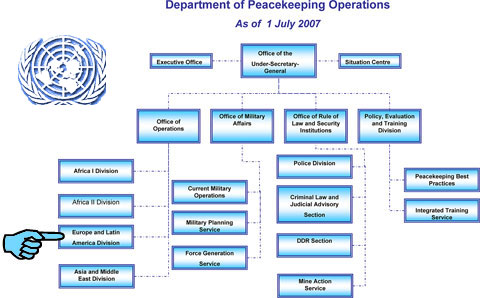 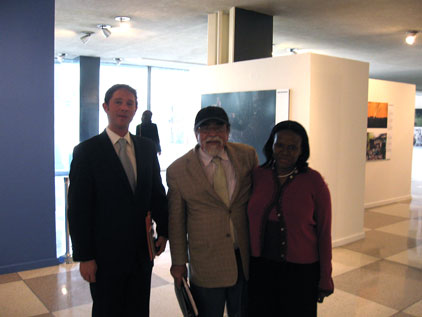 In discussing the phenomenon with the regional director of U.N. peacekeeping, the delegation indicated that the lines of control for some kidnapping seemed to lead to the National Palace itself, particularly individuals in the Disarmament, Demobilization, and Reintegration (DDR) program.

The delegation urged the U.N. mission (MINUSTAH) to watch this situation closely, as it had the potential to undo all of the good that the mission was accomplishing. The first harm was the feeling of absolute impunity enjoyed by the kidnappers since they were able to put a gloss of political purpose over their nefarious activities.

The delegation thanked the United Nations for the U.N. stabilization mission in Haiti (MINUSTAH). Without it, Haiti would have had any number of coups by this time. Particularly welcome was its role bolstering and protecting the elections of 2006. The mission would be needed for many years to come.

The elections of 2006 were key, the delegation considered. Each time elections had been rigged in recent years in Haiti, that led to destabilization as those defrauded refused to quietly disappear. On the other hand, the elections of 2006 laid the basis for a stability that was still sustaining Haiti. These gains were being placed in danger by President Preval’s manipulation of the electoral machinery:

Under the circumstances, the delegation considered, the United Nations should carefully reflect on where it stood vis-a-vis a president whose goals considerably diverged, indeed were becoming antithetical to its own. The United States and international community had become too deferential to Preval. There was the danger that the U.N. military mission might be reduced to the role of a presidential guard. Increasingly, President Preval was using the mission as a shield behind which to carry out operations against elections and parliament for which he had no backing in Haitian public opinion nor political support from any appreciable sector. These maneuvers were highly destabilizing. Aristide had tried them and the result was evident to all. Preval, however, had from time to time also responded to appeals from Haitian public opinion and the international community. The best way then, the delegation suggested, was a program of carefully-calibrated incentives and guidance sustained by Haitian public opinion to persuade Preval to rule within the constitution. Preval had earlier proposed changing the constitution to allow consecutive presidential terms. Far from gaining a new term, he now would do well just to complete the one he was embarked on.