members of the Haiti Democracy Project, at CSIS 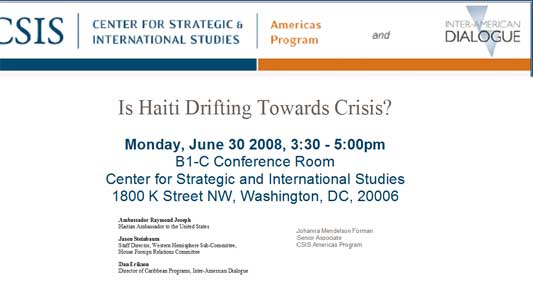 The very timely conference called by the Center for Strategic and International Studies and the Inter-American Dialogue drew more than fifty people from the government, academia, and thinktanks. Among them were five from the Haiti Democracy Project. During the discussion period, members of the project raised these questions: