Working on Many Fronts in Nord-Est 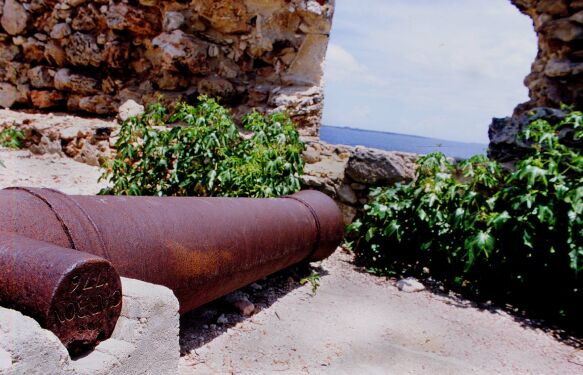 Rudolph Henry Boulos (Fusion), elected senator on December 3, 2006, expressed his concerns about the many problems faced in theNord-Est Department, particularly in the commune of Ouanaminthe. He said that the new local and departmental representatives are already taking several steps toward development in the area.

“We have already taken action and established contact with government and international entities in order to implement changes in the Northeast in the near future,” stated Boulos.

He was commenting on a recent article titled “Commune of Ouanaminthe, a Place of Many Challenges”, published in Le Matin, No. 32698, on Wednesday, January 10, 2007, in a special column titled “Major Challenges for the New Leadership”.

Trade with the Dominican Republic

Senator Rudolph H. Boulos, who pledged to improve development in the Northeastern Department, believes that the Commune’s resources can be used to that end, and emphasized the commercial role of the Commune of Ouanaminthe with its 60,000 residents, located across the Haitian-Dominican border from Dajabón (a Dominican province), as the center for trade between Haiti and the Dominican Republic.

About 15,000 retailers and 200 transportation vehicles from the ten geographical departments of the country travel to that binational marketplace, open on Mondays and Fridays. Such trade results in a sales figure of around $100 million yearly.

According to Senator Rudolph H. Boulos, the new leadership will need $200,000 to improve the electrical system (currently providing electricity only to the main street, which requires 100 kW.) The senator recalled that the Latortue/Boniface transition government had provided Ouanaminthe with a 1.2 megawatt generator.

“Concerning Fort-Liberté, it is the governmental center and main city of the department. It is more than 500 years old and used to be an Indian, and then a French city, with five forts and many century-old buildings. We have discussed the situation with tourism minister Patrick Delatour, who confirmed that Fort-Liberté is one of the three main locations targeted by his department for the development of tourism,” said Boulos.

While on the economy, Boulos added that the communes of Trou-du- Nord, Terrier-Rouge, Paulette, and Phaéton can benefit if the area formerly known as Plantation Dauphin is more effectively managed, since it is currently used as to graze cattle and goats.

“In less than four years, the introduction of the oil palm tree could produce cooking oil for national consumption, along with animal fodder and biodiesel fuel. Seedlings could be grown on a pilot farm in Terrier-Rouge with technical and financial support (cost 40,000 U.S. dollars yearly for six years.) This project would not limit such a large cultivable area to monoculture farming, as was done in the past with sisal, but the land would be used to produce several crops (such as ricin, sisal, etc.),” added the legislator.

The senator also said that the Northeast Plain, with the ocean in the north and mountains and towns such as Sainte-Suzanne, Mont- Organisé, Carice, Bois de Laurence, Mombin Crochu, and Vallières in ther south, can increase its production of coffee and cocoa (export products) and adjust to the culture of chayote.

The irrigated plains, or those where an irrigation project can be extended (Ouanaminthe, Ferrier, etc.), should produce more plantains. By importing plants from the neighboring Dominican Republic, it should be possible the increase the areas of plantain production.

“All that would require technical assistance to the area farmers, as well as a private agricultural bank supported by a multilateral bank providing agricultural inputs, such as seeds, fertilizers, pesticides and lending support for buying farm machinery,” commented Boulos.

He reaffirmed his readiness to work toward real change throughout the department.