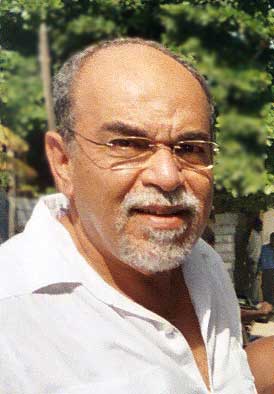 Rudy Boulos, senator from the Nord-Est

“We must start the motor of job-creation.”

Rudolph H. Boulos co-founded the Haiti Democracy Project as an independent organization in March 2002. In 2005, he resigned from the board in order to run for the Haitian senate. On December 18, 2006, after the senatorial results were posted, he returned to the board.

Click here for a resume of his senatorial campaign in the Nord-Est. His campaign was marked by a lack of bombast and a concentration on concrete acts to be taken to promote the region. After a questionable annulation of the first round over a technicality, and various clumsy attempts at fraud by other candidates, on December 3, 2006 he won in a landslide with 56 percent of the votes. The slide show to be posted will show how he won the affection of the people of the Nord-Est.

He is a noted industrialist and philanthropist. His family had a number of clinics in the Nord-Est. His family firm Pharval was the largest manufacturer of drugs in Haiti with the largest drug-store chain. He had to leave Haiti in 2000 as a result of threats. In 2003 he represented the Haiti Democracy Project at the Electrical Manufacturers’ Expo in Indianapolis. He appeared on a panel with representatives of the governments of Mexico and Honduras and called for U.S. private investment in Haiti, especially in the industrial zone of the Nord-Est with its assured security and access to international markets.

Boulos’s early support for the Haiti Democracy Project positioned the organization to send three delegations of Haitian-American leaders to Congress in 2006 advocating the HOPE apparel initiative for Haiti. The bill was passed into law in December 2006. Apart from the major remaining apparel factories in Port-au-Prince, the industrial zone at Ouanaminthe promises to be the biggest beneficiary.