House Was to Take Up Haiti Textile Bill on September 26 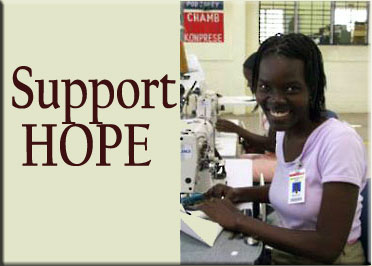 “Will Keep You Informed”

Tomorrow the House is slated to vote on legislation (HR 6142) renewing two US trade preferences programs and extending new benefits to apparel products from Haiti (WTD, 9/24/06).

The legislation – introduced late last week by Ways and Means Chairman Bill Thomas (R-Calif) – is scheduled to be taken up under suspension of the rules, which bars amendments and requires a two-thirds majority for passage.

The bill extends the US Generalized System of Preferences program – currently set to expire at the end of this year – for an additional two years and makes changes to the program that would limit benefits for some higher-income developing countries.

HR 6142 also extends the African Growth and Opportunity Act?s special third-country fabric provision for the poorest countries.  The provision – which begins to phase out next month – allows sub-Saharan African beneficiaries to use fabric from third countries in their duty-free apparel exports to the .  Continuing the provision is crucial to African countries which still lack the capacity to produce fabric, Assistant US Trade Representative Florizelle Liser said Friday.  African countries already have begun losing apparel orders because of the pending expiration of the provision, she noted.

The bill extends similar benefits to apparel from .

A textile industry group on Friday came out in strong opposition to the bill, saying that the provisions would primarily benefit .  ?Under this legislation, , as well as most African countries, will be able to use Chinese fabric or Chinese yarns for apparel productions while every other preference partner must use regionally made yarns and fabrics,? the National Council of Textile Organizations said.  This will produce a shift of orders out of the free trade agreement countries, which must use regional or US inputs.