They Tortured Him Before Shooting Him in the Mouth 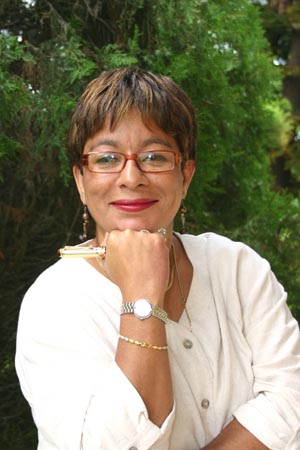 Our fellow journalist Jacques Roche, who was abducted in Nazon (Martin Luther King Avenue) on July 10, has been killed by his abductors. His body was discovered in the Delmas 4 area this morning. The police officers who came on the scene to identify the body said that the victim had been tortured. Roche was a writer and was in charge of the cultural section of the daily Le Matin. He was also the host of the sports programme on Radio Ibo.

Nancy Roc, who is now in Canada after fleeing the country because of threats against her life, said the following after hearing about Roche’s murder:

“I am really worried because I have heard that not only was Roche tortured but the abductors cut off his tongue before shooting him several times in the mouth. I want to accuse all the athat are apparently against the Haitian press and against all Haitian citizens that took part in the GNB anti-Aristide movement.

“It is now clear that these pro-Lavalas activists have targeted the press. And today, this horrific and horrifying death of Roche has come to confirm that the press is still targeted by the criminals, murderers, and individuals who torture people horribly.

“I am also sorry to hear that the kidnappers have inserted metal objects into their genitals so that they can hurt their victims even more when raping them. Unfortunately, we are now in a country that has lost its name. There are no words to describe the barbarous acts that are affecting all sectors of Haitian society in the capital. I hope with all my heart, actually, I have lost all hope. But anyway, as a member of the press, I am asking the national police, the government of the Republic, and Minustah, the U.N. Stabilization Mission in Haiti, to think things over and do something.

When I hear Finance Minister Henry Bazin or the leader of the Civil Society Initiative, Rosny Desroches, encouraging  people to stay in such a hell then I wonder what they really want us to do. For, we members of the press have always shown courage. But this is really suicidal.

I wish to offer my deep condolences to the family of Jacques Roche, to the team of Le Matin, and the press in general. I want to affirm that Roche as a journalist and poet did not deserve such a dreadful death.