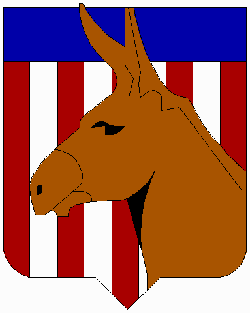 Note:  Paul A. Barthole is President of The Democrats of South Dade Club, a member of the Miami-Dade County Democratic Executive Committee, Vice-chair of the Haitian Community Services of South Dade, Inc. and is committed to electing Democrats to office.

Democratic presidential candidate John Kerry said he would have sent American troops to support Aristide.  As a Haitian-American Democrat, active in the American political process, I shuddered.  Indeed, the discourse coming out of the Democratic Party regarding Haiti is remarkably one-sided, in support of Aristide.  Whatever happened to Democrats supporting democratic values?  Do these leaders truly believe Aristide governed Haiti democratically?

From Randall Robinson, the champion of the fight against South African apartheid to Congressman and ?woman Charles Rangel (NY) and Maxine Waters (CA), to Jesse Jackson, what we get is strident support for the failed Haitian former President and his kidnapping charges against the United States.

Do their views reflect those of the majority of Haitians and Haitian-Americans?  Apparently, they do not.

An informal, non-scientific poll conducted on air by Radio Carnivale in Miami reveals the vast majority of its listeners in Miami-Dade County and over the internet are ecstatic with the departure of Aristide and the initial performance of the incoming Prime Minister, Dr. Gerard R. Latortue.  They believe Aristide wasted the ?last chance? afforded the Haitian people when he became the first democratically-elected President in the country?s history.

Haitians watched for years as former President Bill Clinton?s administration became powerless to cut its losses from its political investment in Aristide and appeared unable to make the tough decisions that would address the needs of the people of Haiti.  They are now thankful to be rid of the tyrant who retained office through fraudulent elections and other nefarious practices.  In spite of their disagreement with President Bush on most issues, they are thankful for Aristide?s departure and are threatening to vote for the Republican presidential candidate.

This will be partly an emotional vote; and partly a recognition and acknowledgement that this is Haiti?s best chance yet at successfully governing itself.  The confidence, competence, and qualifications of the incoming team of experts are simply impressive.  Disaffected Haitians from all sectors are once again optimistic and are preparing to participate in the success of this government.

Democratic Party leaders would do well to recognize these voters? sentiments.  If Democrats must draw differences between themselves and the Bush administration on Haiti, they express that difference in ways that do not purport to support Aristide.  Rather, they must support the future well-being of Haiti and its peoples.
Aristide failed to lead the country out of its political and economic morass even after ten years dominating the political landscape.  He failed to unite the Haitian people.  He governed using class warfare, pitting the poor masses against those who have.  His government was corrupt, making the public trough his personal piggy bank, stealing from the very poor masses he pretended to be defending.  Under his leadership, Haiti became a major transshipment point for drug trafficking.  He violated every agreement he signed with the international community, including those made with President Clinton as a condition of Aristide?s restoration to office.

For all those ills, some Haitians blamed former President Bill Clinton and voted Republican in the last two presidential elections.  Those with cooler heads did not follow suit, understanding correctly that no leader of a foreign country should bear the blame for Haiti?s lack of progress.  The responsibility to make Haiti better must be borne by its leaders.

Haitians have a new ?last chance? now. They have a government that promises to be the best-qualified the nation has ever known.  With the absence of a power-hunger army casting its shadow over civilian leaders, this is the country?s best chance of successfully exercising responsibility for itself.

The mostly African-American leaders who defend Aristide in the guise of examining the manner in which he left the country are not representing the best interests of Haiti.  They are defending a man over a people.  Aristide spent millions of the country?s money on lobbyists who?ve protected and defended him.  He continues to do so today with the millions of dollars he stashed away in banks outside of Haiti.  These spokesmen and women are not defending the interests of the Haitian people.

African-Americans have a particular interest in the success of Haiti.  Just as they are proud of Haiti becoming the first independent black republic, they will inherently benefit when that country succeeds in governing itself.

Were Bush to lose the election in November, are we going to have a Democratic administration that is hostile to the current Haitian government?  Haitian-Americans will not stand for that.  As a Democrat, I urge all Democratic Party leaders to get on the right side of this issue quickly.

Senator Graham (D-FL) is on the right track when he suggests the US send sufficient troops to help establish security.  Democrats must offer ideas for success in Haiti.

Nowhere in the country can we afford to lose votes to the Republicans.  With the American electorate divided once again, this election may be decided by a small margin.  We cannot afford to loose large Haitian-American votes from New York, Massachusetts, Georgia, Illinois, and, most particularly, not Florida.